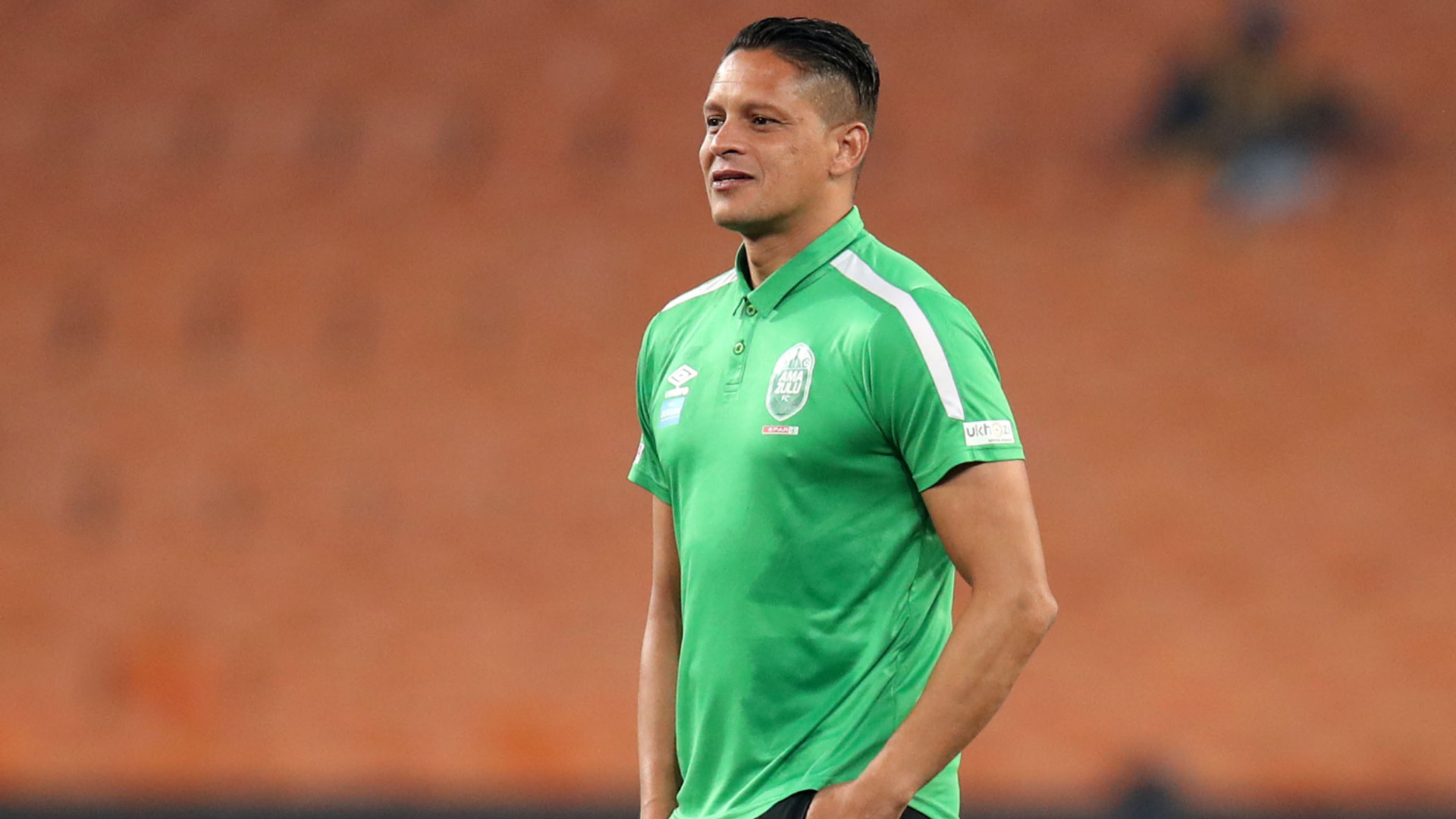 AmaZulu have said that they will not be retaining Moeneeb Josephs as their player when his contract expires on June 30, but the club is “open to the idea” of the goalkeeper continuing in his role as first-team assistant coach.

The former Orlando Pirates goalkeeper has struggled for game time in the past two seasons at AmaZulu, managing just one league appearance this season and six last term.

Josephs is already a player/interim assistant coach to Ayanda Dlamini at the club, who is standing for Jozef Vukusic who was placed on special leave.

But Usuthu general manager Lunga Sokhela has urged Josephs to weigh up his options, either to retire from playing since his contract would not be renewed or they would welcome him to focus on a role in the first team technical set-up.

“We spoke with Meoneeb’s agent. We said that Meoneeb needs to come out and tell us what he would like to do, because this is not your regular player,” said Sokhela as per IOL.

“If he wants to announce things like retirement, he must do that. He is the one that must talk about what he wants to do post his football career. From our side, we did indicate that we won’t be renewing his contract beyond the 30th of June.

“Meoneeb needs to come out and speak so that we can do this properly. We want to avoid a situation where there is speculation.

“We have to give him that respect. He teamed up well with Ayanda Dlamini during the Kaizer Chiefs match. We are open to that idea [of Josephs being an assistant coach]. We are not against it, but we don’t want to be seen as making decisions on Moeneeb’s behalf.”

While working as stand-in coach Dlamini’s understudy, they were architects of AmaZulu’s famous 1-0 win over Kaizer Chiefs in their last match before football was suspended in South Africa.

With AmaZulu yet to resolve Vukusic’s future, Dlamini could remain in his position as interim coach for the rest of the season to help second-from-bottom Usuthu fight against relegation.

Transocean to lay off up to 110 rig workers

Layoffs to begin on 15 September, company…