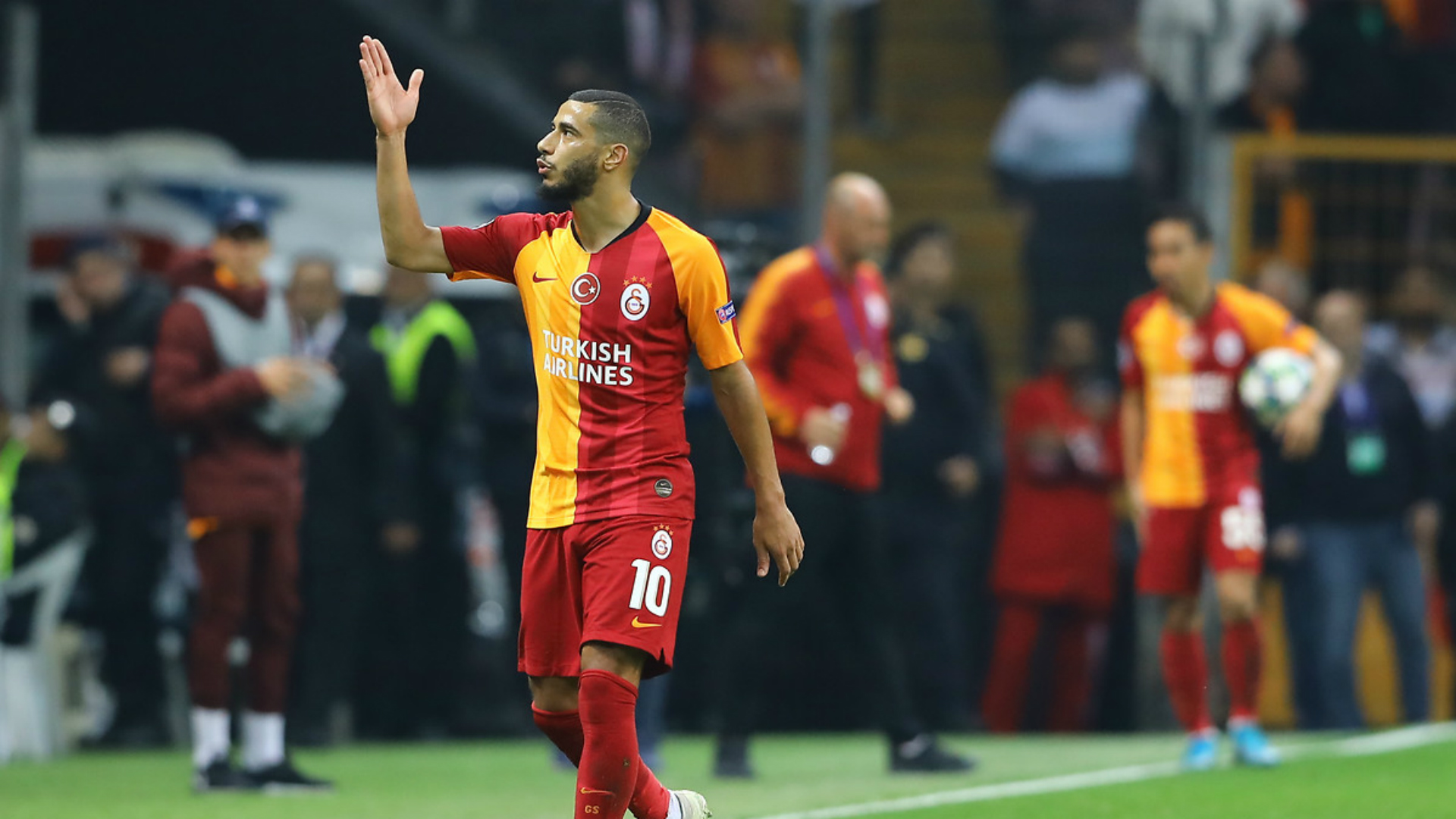 The Morocco international missed from the penalty spot, nevertheless, the Yellow-Reds hit three past İlhan Palut’s men on Saturday night

Galatasaray continued their push for a place in Europe defeating Goztepe 3-1 in Saturday’s Turkish Super Lig clash at the Turk Telekom Stadium.

Having suffered defeats in their last three encounters, Fatih Terim’s men returned to winning ways thanks to second-half goals from Marcelo Saracchi, Emre Akbaba and Yunus Akgun, while Stefano Napoleoni’s effort served as a mere consolation for the visitors.

In a game characterised by several misses from the hosts, it was Sofiane Feghouli who was presented with the chance to Gala ahead in the 18th minute, however, his shot went off target.

Six minutes later, Adem Buyuk rounded off goalkeeper Beto to poke into an empty net, however, VAR replay showed that the Turkish forward had received the ball from an offside position.

Marcio Mossoro blew away Goztepe’s biggest chance in the first chance as his strike went wide after finding his way in the Yellow-Reds’ goal area with a minute before the half-time break.

In dire of a win, Terim’s team continued their push for a goal, and luckily for them, they were rewarded with a penalty kick after VAR ruled that Beto had fouled once of Gala’s forwards.

Sadly, Younes Belhanda missed the kick as the Morocco international’s kick kissed the upright despite sending the goalkeeper the wrong way.

10 minutes later, left-back Saracchi saved the 30-year-old’s blushes after drilling home a long-range effort that was unstoppable by Beto.

In the 77th minute, Napoleoni levelled matters for the visitors after profiting from a defensive mishap from the hosts to head home a Murat Paluli cross.

With nine minutes left to play, Akbaba restored the lead with a well-taken freekick from the edge of Goz Goz box before substitute Akgun sealed the win in the 90th minute.

Belhanda saw every minute of action as well as Cote d’Ivoire’s Jean Seri who is on loan from Fulham, while Taylan Antalyali came in for Algeria’s Feghouli with a minute left to play.

With this win, Galatasaray climbed to fifth having accrued 55 points from 33 games – a point behind Besiktas who occupy the last Europa League spot. They travel to Antalyaspor on Saturday for their last game of the season.

Mamelodi Sundowns skipper Kekana: Kaizer Chiefs do not have a Liverpool type of lead

'Exciting, rewarding, challenging': Moen heads for the exit at Petoro

Why so much world trade passes Mauritius’s pristine beaches

The bulk carrier Wakashio was 11 days…

How the coronavirus is debunking myths of the energy industry

Oil: How the coronavirus is debunking myths…

Lower prices and demand as a result…

Crucial corrosion protection for the oil and gas industry

No word on when coronavirus aid talks…

BP worker gets $200,000 payout after being fired for Hitler meme