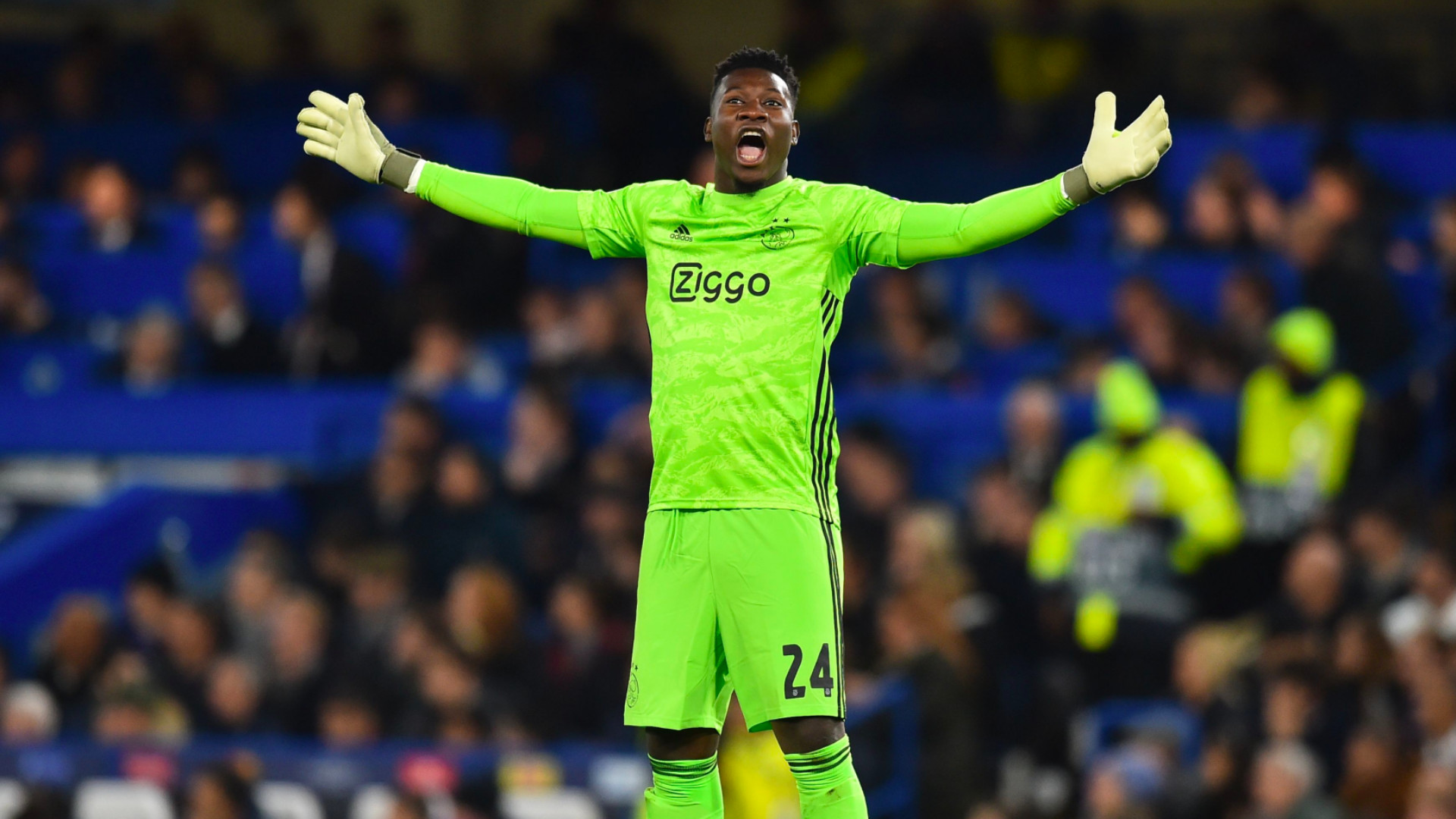 Ajax goalkeeper Andre Onana says it is difficult to tell if it is now the right time to leave the Eredivisie champions.

The 24-year-old is reportedly a transfer target of Chelsea and Paris Saint-Germain following some impressive displays for his club in recent seasons commanding the number one spot.

La Liga giants Barcelona are also said to be keen on the Cameroon goalkeeper who attended La Masia for five years before joining Ajax in 2015.

Despite Onana admitting in November 2019 that he would be interested in a Premier League move, he told Radio Sport Info that “it’s difficult to answer,” if the time to leave Amsterdam has come “because in football everything goes very fast. The truths of today are not tomorrow’s.”

The goalkeeper has two years left on his Ajax contract and was nominated for Goalkeeper of the Year at the 2019 Fifa Ballon d’Or awards.

Having spent five years in Amsterdam, Onana says he has repeatedly been a victim of the racism “scourge” which he says he does not allow to bring him down.

“Yes of course [I have experienced racism]. Racism is my daily life, especially when we play outside with Ajax. I hear things, I see things… But luckily I decided in my life not to dwell on it. It will break me for nothing! This scourge exists in football and it is not ready to end,” said Onana.

In the Cameroon national team, he contends for a starting place with his cousin brother Fabrice Ondoa. with whom he attended the Barcelona youth academy.

Onana and Ondoa have managed to condemn veteran goalkeeper Carlos Kameni to the bench, highlighting the strength of the Indomitable Lions’ goalkeeping department which has always been rich in depth across generations.

Thomas Nkono, Joseph Antoine Bell and Alioum Boukar are some of the legendary goalkeepers who gave fame to Cameroon’s goalkeeping area.

“Cameroon is truly a land blessed by goalkeepers… And I’m not the only one today feeling the weight of responsibility [of being Cameroon goalkeeper]. Fabrice is also aware of this,” Onana continued.

“Fabrice is first of all my cousin so this is the family! Then he and I followed the same training course at Fundesport and Barcelona.

“Besides, Fabrice was holding my hand when I arrive in Barcelona a year after him.

“Every time we talk, we always remember where we come from and we say that ‘today the country’s goals are kept by our family.'”