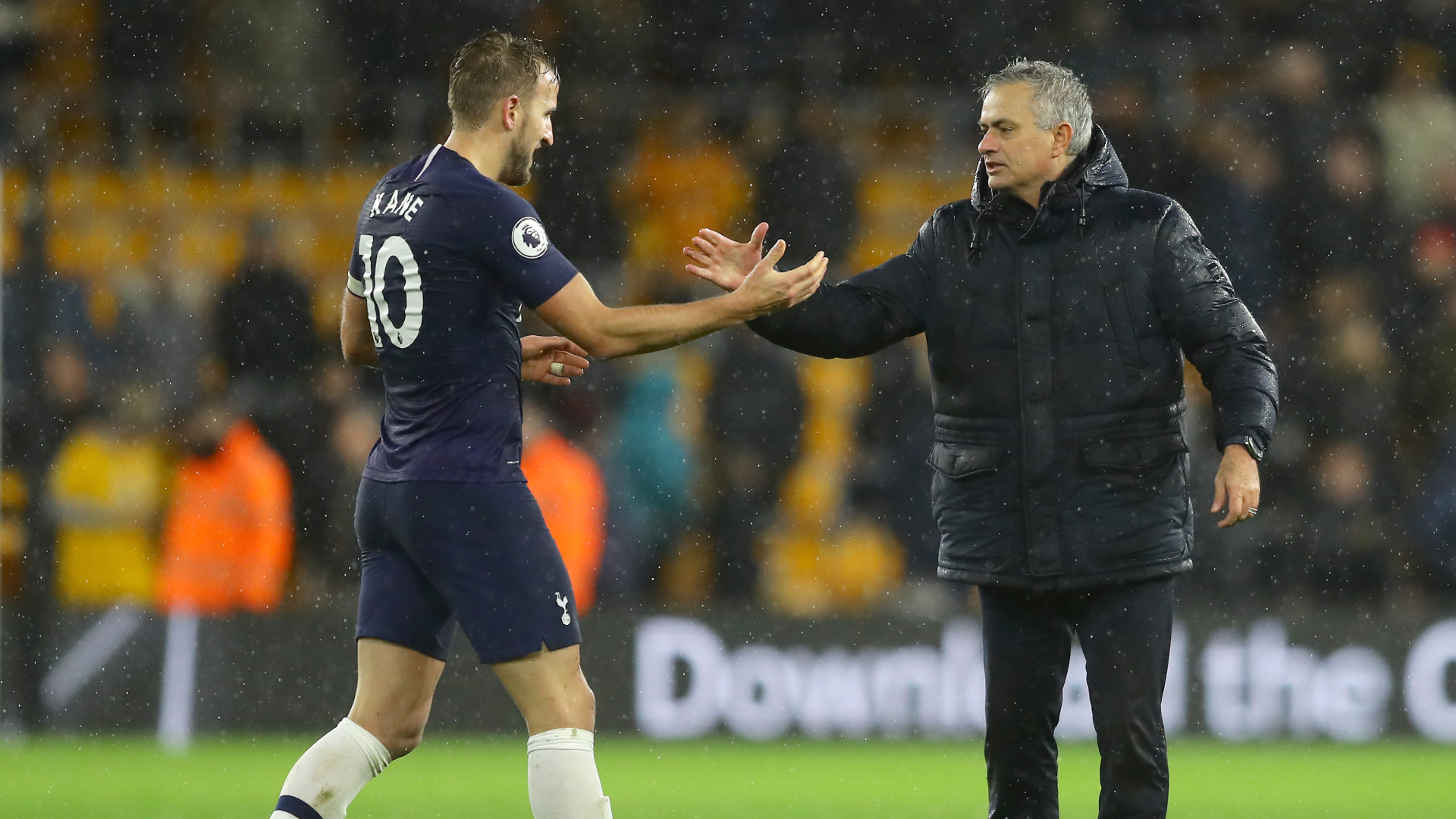 Harry Kane has backed Jose Mourinho to help Tottenham Hotspur deliver on their potential next season, hailing the Portuguese coach as one of “the best managers in the world”.

The England skipper has endured another silverware-less season in North London, just a year after the club went close to unexpected European glory in the Champions League final against Liverpool in Madrid last season.

The subsequent term has seen a major managerial change, with Mourinho replacing Mauricio Pochettino at the helm, and a pandemic-enforced hiatus – but Spurs are now into the home straight of their campaign as they seek to make a final charge for the Europa League.

The former Chelsea and Manchester United boss has only mustered a 43.75 per cent win ratio so far after 32 games in charge – his lowest figure at any club to date – but speaking ahead of his side’s trip to Newcastle this week, Kane has given the 57-year-old his full support, comparing his approach favourably to that of his predecessor.

“They’re definitely two different styles of manager, but it’s been great,” the striker told  BT Sport . “Obviously we’ve had a long period where I was out injured doing rehab, having to watch the team from the sidelines and we’ve had a long time to get to know each other with Covid-19.

“We’ve built up a good relationship and we talk very often.

“He wants to win, he’s here to win. Obviously there are no trophies to play for this season but next season that’s his aim. Everything is about winning and he’s made that clear.

“There have been times where we haven’t played well but we’ve won the game and at the end of the day three points is the most important thing.

“I think he’s looking forward, going into next season, having a bit more time to work with the boys in pre-season and getting to know them more. He’s great to work under and it’s another opportunity for me to learn off one of the best managers in the world, so I’m taking it all in and learning as fast as I can.”

Coronavirus: Government set to announce whether all sport in Italy will be suspended until April

Undoubtedly, the oil and gas industry has…

Petrobras in fresh tender for offshore vessels off Brazil

The current reduced demand for oil and…

A BP company logo at a gas…