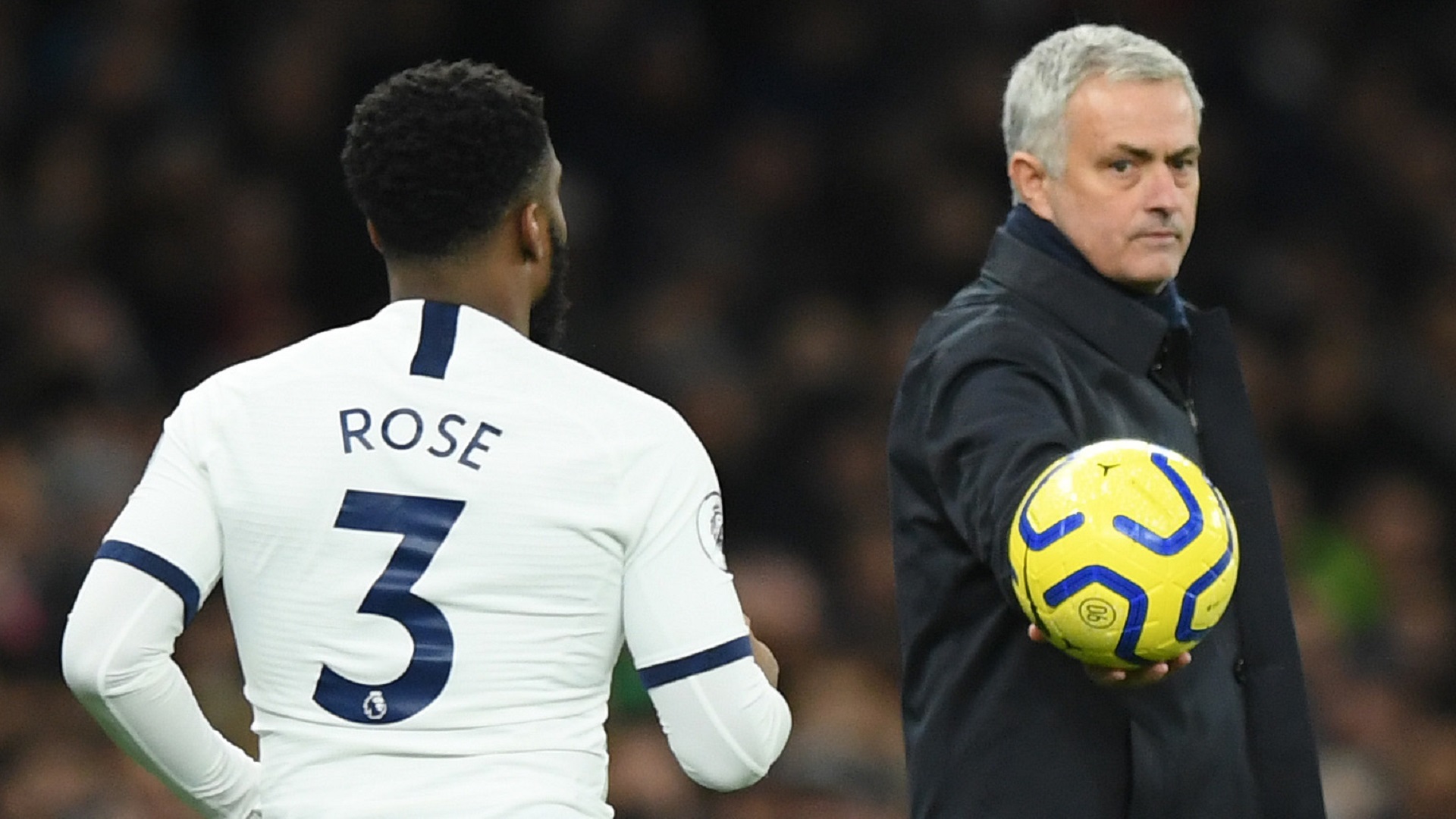 Jose Mourinho has dismissed claims that he did not give Danny Rose a chance at Tottenham.

Rose made the switch to St James’ Park last month, after insisting that he wouldn’t be a regular under the Portuguese manager.

The defender was a fixture in Mauricio Pochettino’s starting line up at the beginning of the season, but appeared just five times under his new boss, who replaced the Argentine last November.

Mourinho often opted for Ben Davies or Jan Vertonghen in a left-back role ahead of the England international, forcing Rose to look elsewhere for regular football in the build up to this summer’s Euro 2020 tournament.

There had also been reports of a training ground clash betwen the pair just days after the manager left the full-back out of the squad completely for their league encounter with Watford, with Mourinho instead opting for 20-year-old Japhet Tanganga at left-back.

But, after an injury to Davies in the early stages of Mourinho’s Spurs career, the manager says it was the perfect chance for Rose to cement his position in the side.

“The time he [Davies] was out was a great opportunity for others to play,” Mourinho said in his press conference ahead of the match against Aston Villa on Sunday.

“For Tanganga it was, in the end, the opportunity of a lifetime, he has already played six or seven full matches with the first team.

“For Ryan [Sessegnon] it was the acceleration of a process. He has played more matches than normally he would do.

“So even for Danny Rose it was a great opportunity to play three matches and show me what he’s capable of doing.”

Rose has previously stated that he will see out his contract at the north London club, which ends in 2021, but has reiterated his belief that a new contract will not be forthcoming.

After losing to league leaders Liverpool in November, Spurs are now on a six game unbeaten run in all competitions, and will be looking to continue that form when they travel to Villa Park on Sunday.

Ozil shares excitement as Ghanaian club is named after him

Fred calls for Man Utd to be more consistent in Premier League: ‘We want to be around the top of the table’

Middendorp: Not fair to judge Akumu’s impact at Kaizer Chiefs this early

First Bank of Nigeria has been named…