‘I would like to finish at PSG’ – Tottenham’s Aurier 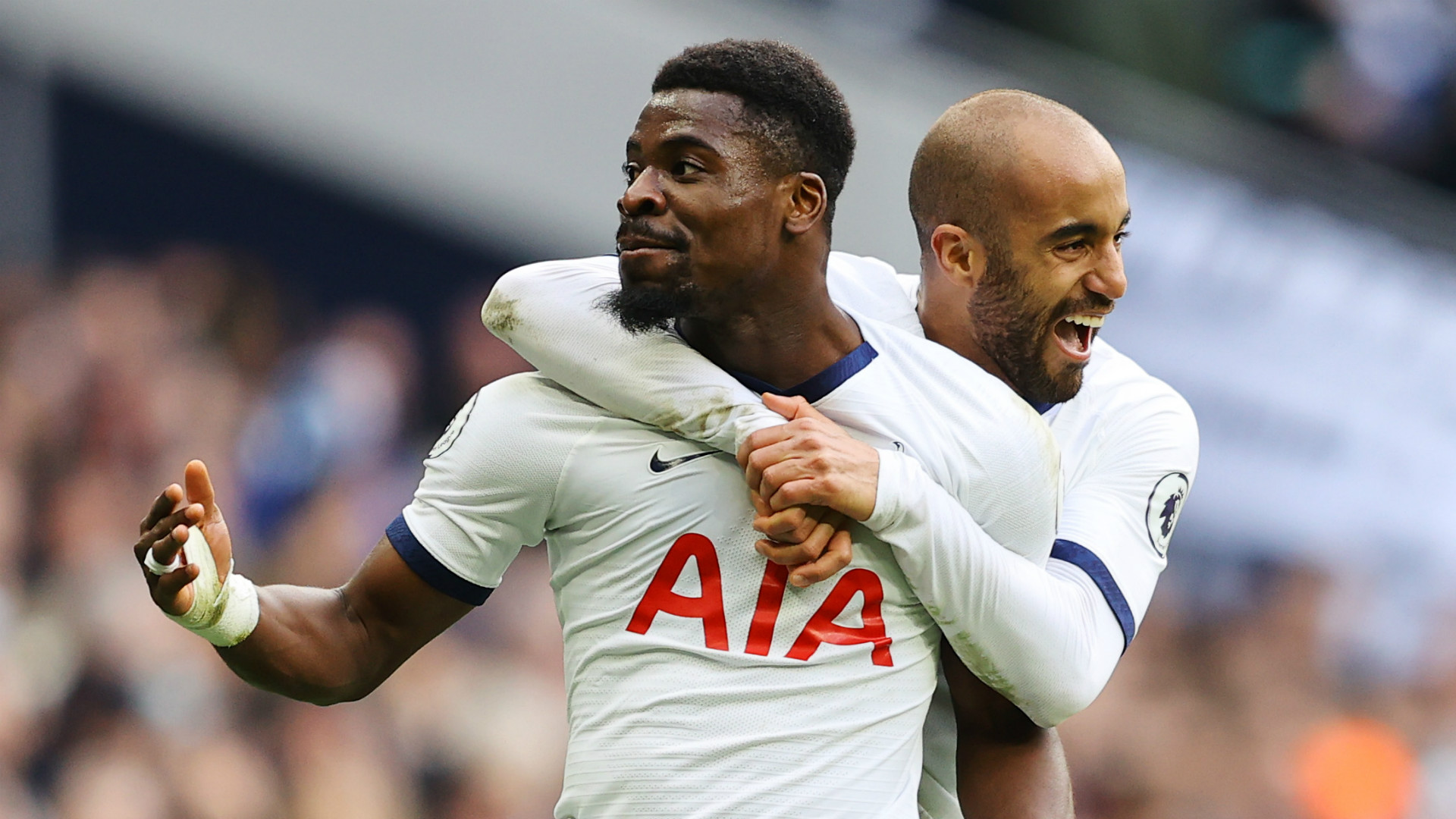 Tottenham Hotspur right-back Serge Aurier has stated he would like to end his career at Paris Saint-Germain, claiming he has unfinished business at the Parc des Princes.

He won 10 pieces of domestic silverware before joining Spurs on August 2017 for a fee in the region of £23 million.

“If I can see myself finish my career at PSG? That is even my plan! I would like to finish at PSG,” Aurier told Canal + Afrique, as reported by Get French Football News.

“It is before everything else the club of my heart. I have a feeling of unfinished business. It has been my club since I was a kid, I would go watch matches at the Parc des Princes.

“It was a dream for me to come to PSG and for me, that dream is not finished. If I was to finish my career at PSG, I would love that. I could have spent my entire career at PSG, that certainly wouldn’t have upset me.”

Aurier has cited his love for PSG as a reason for returning, even though he left in acrimonious circumstances after getting suspended for criticising then teammates Angel Di Maria and Zlatan Ibrahimovic as well as coach Lauren Blanc.

His family also lives in the love capital of the world.

“When you play for the club of your heart, you don’t want to go anywhere else nor do you have regrets.

“There are players who have spent nearly their entire careers at one club because it is love. It is not a question of money or anything else,” he continued.

“All my family is in Paris, I am Parisian, I cannot dream of better. Aside from that, today, I am having my little career elsewhere, I hope to be the best a bit everywhere. I am following PSG from afar, but it remains my club and that will not change.”

Since the departure of Kieran Trippier to Atletico Madrid last summer, Aurier has made the right-back spot his own at the Tottenham Hotspur Stadium this season, making 33 appearances in all competitions and having a hand in nine goals (two goals, seven assists).

Ter Stegen: People laugh when I tell them I don’t know anything about football