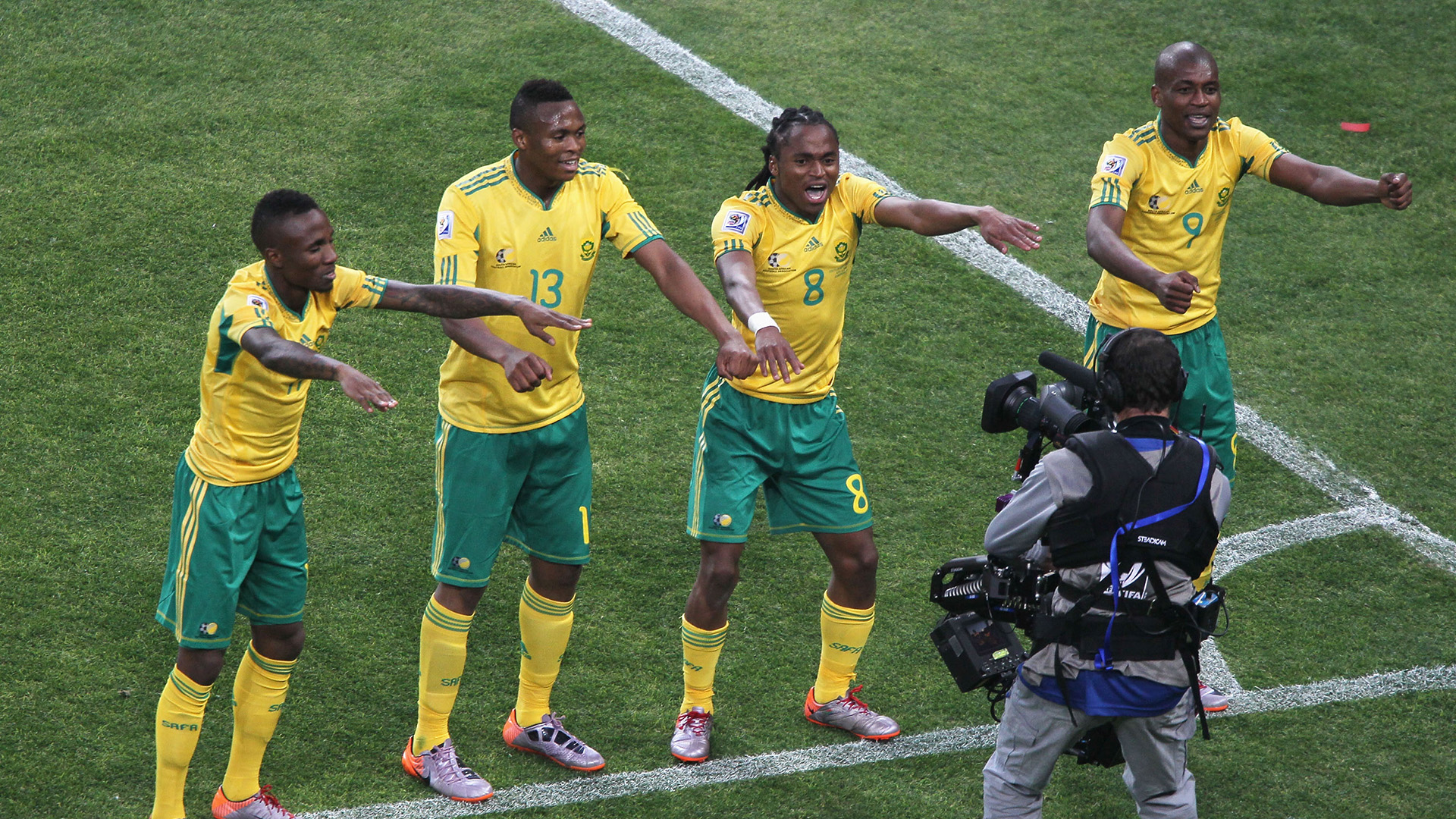 Former Crystal Palace midfielder Kagiso Dikgacoi has revealed that Kaizer Chiefs‘ asking price was the reason the London side ended up not signing Siphiwe Tshabalala.

After scoring one of the 2010 World Cup’s most memorable goals in the opening game against Mexico, then Kaizer Chiefs midfielder Tshabalala attracted interest from Premier League club Crystal Palace and Championship outfit Nottingham Forest.

The winger also attended successful trials at both sides but ended up not making a switch, and Dikgacoi revealed the reason behind the move falling through on his augural Diski Journey with Kagiso Dikgacoi on Instagram Live where he hosted Tshabalala as his first guest.

Speaking of his experience at Selhurst Park, Tshabalala also thanked the former Golden Arrows midfielder for assisting him.

“Mentally I was prepared for it [the trial] I knew I was going to a different environment and the weather is ten times cold compared then South Africa,” Tshabalala said.

“But when it comes to the weather, I did not struggle that much, even though I had my gloves on, long tights and everything.

“And I must say le wena [ even yourself] you made my stay turn out to be great, I did not struggle. I was well looked after.

“I had a great time training with the lads, and I felt good and I am happy you were there, you saw everything and how the guys were behaving towards me.

“Everyone was good, the energy was good and even the captain [Paddy McCarthy] even asked when I am signing with the club.

“So, I thought everything will be fine and I will sign but it was unfortunate that I didn’t sign. As a player, you’d know that there are administrative things we cannot do as players.”

Dikgacoi, who was part of the Eagles’ squad at the time, revealed he was also impressed by his countryman and said it was unfortunate that he was not signed.

“I remember Wilfried Zaha, who is till at Palace and used to the weather that side, would ask me, what’s happening with your friend why does he have those long tights underneath and it’s not even that cold,” Dikgacoi recalled.

“And even I would look at you and feel sorry for you.

“But one of the things that people don’t know, I don’t know if they spoke much about it or if you told people about how the trial went on like.

“But I must say I was very impressed, and it was unfortunate that things didn’t go well.

“I even spoke to the coach by then which was Dougie Freeman. I said, ‘Dougie what’s happening, why couldn’t you guys sign Shabba?’

“And he said look KG, I think I am telling you for the first time and maybe he told Ta’Jazz [Jazzman Mahlakgane],

“But I would really, really like to sign Shabba, but Chiefs is asking for a lot of money, that’s what he said.

“And, if Shabba comes here, he would like to earn a lot of money compared to other players, and at the moment the club doesn’t have money.

Dikgacoi’s former captain at Crystal Palace, Mile Jedinak, was also watching the stream and commented: “We should’ve signed him [Tshabalala]; I remember the full bodysuits and that cap.”

Championship side Forest were also interested in the Bafana Bafana star and requested to look at Tshabalala on trial before agreeing on a deal.

The midfielder, then 26 years old, also went on a trial there and revealed what happened at the Reds.

“I also had a great time there [at Nottingham], I was well received,” Shabba revealed.

“You know the captain also came and asked when I am signing.

“After the second session, the guys were fighting about who would give me a lift to the hotel. It ended up being a convoy and about five cars drove to the drop me off at the hotel.

“And I stayed there or four days and same old story, contract, you wait and wait.”

The 35-year-old ended staying with Amakhosi and went on to become the club’s most capped player until his departure for Turkey in 2018.

He has not hung up his boot yet, but he is currently clubless.

Solskjaer: Manchester derby win means nothing for Man Utd and challenge is to kick on

Oil and gas industries may suffer in…