Klopp: If I’m on level four for intensity, Simeone is on level 12 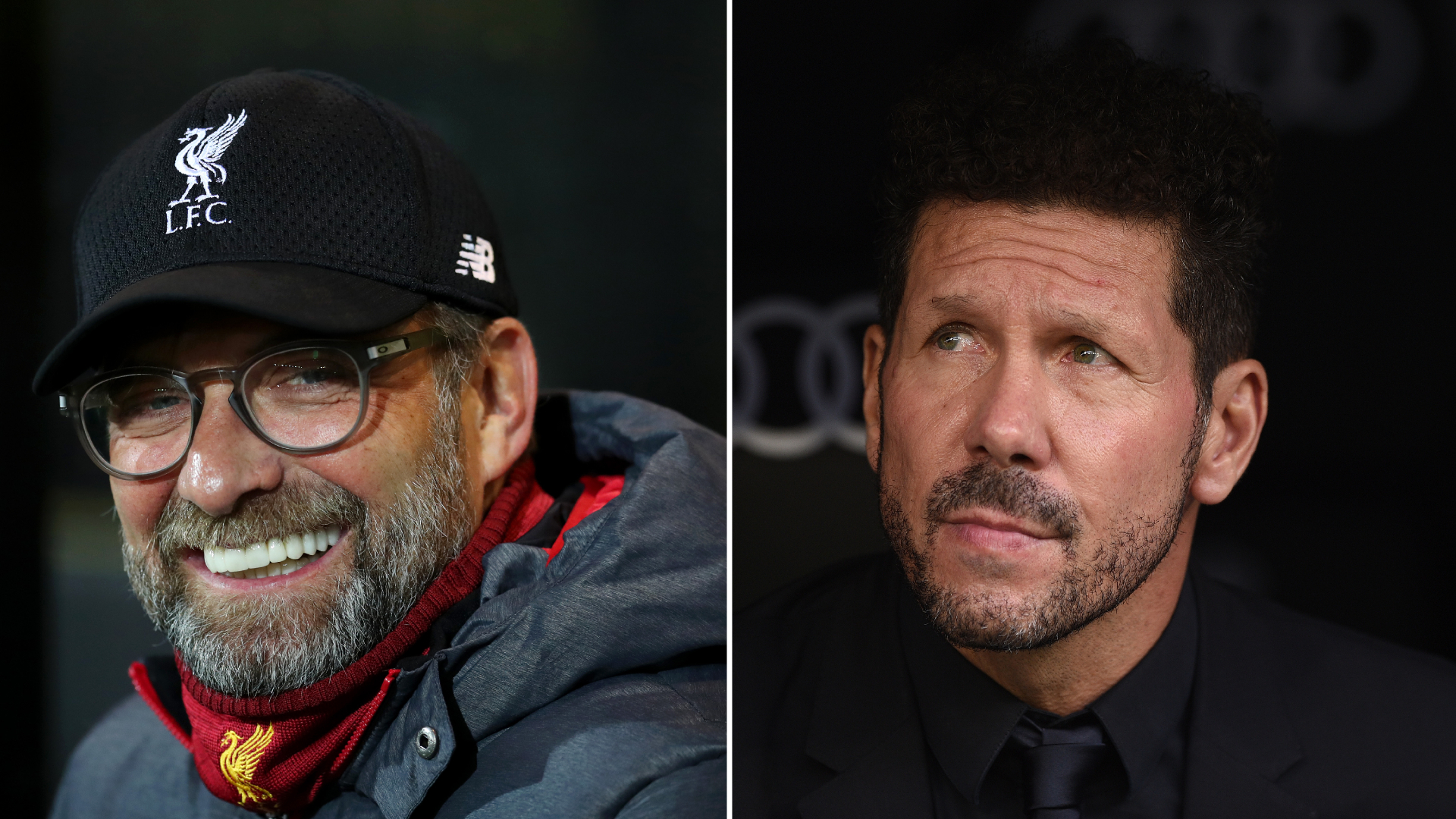 Jurgen Klopp is famous for his dramatic displays of emotion on the touchline, but he says Atletico Madrid coach Diego Simeone is three times as intense.

The pair will go head-to-head on Wednesday as their sides meet in the Spanish capital in the first leg of their Champions League last-16 tie.

Both managers’ theatrics and passionate celebrations on the sidelines have won them many admirers but has also landed them in trouble with football’s governing bodies over the years.

But Klopp says he is nowhere near as wild as the Argentine, for whom he has great admiration.

“People say about me that I’m emotional on the sideline. If I’m on level four, I would say Diego is on level 12 or so,” he told reporters.

“It’s really like I’m the Kindergarten Cop against him.

“That’s over all those years, eight years, that’s really long and still having this emotional level, wow, that’s absolutely impressive.

“His teams are always world-class organised, so that makes him one of the best. We met once or twice, exchanged some messages after big defeats or big wins and tomorrow in a really competitive game we meet for the first time, it will be interesting.”

Asked if he can highlight any differences in playing style between him and Simeone, Klopp replied: “I don’t know him well enough to know where the differences in style or managing or stuff like that. He was a world-class player, I was not a world class player, we can say that easily.”

Atletico are fourth in La Liga and 13 points behind leaders Barcelona. With just one win from their last seven games in all competitions, pressure is building on Simeone, but Klopp believes the club should stick by him.

“I can understand it, that’s football. Eight years here, seven of them, probably more successful than Atletico was for… 50 years? I don’t know exactly the club’s history.

“Then you have to make big a change, you lose [Diego] Godin, you lose [Antoine] Griezmann, you lose Juanfran and you lose Gabi maybe even a year before. That’s tough. You have to change the team, bring in new players, they have to get used to your philosophy and style. That takes time, people don’t give you time.

“For me it looks like they will qualify for the Champions League this year which would be incredible again in a transition year. Then next year they will be further in the right direction and will attack Spain again. I don’t think Atletico people are too concerned.”

Casemiro: I wanted Neymar to come to Real Madrid, he’s a great player