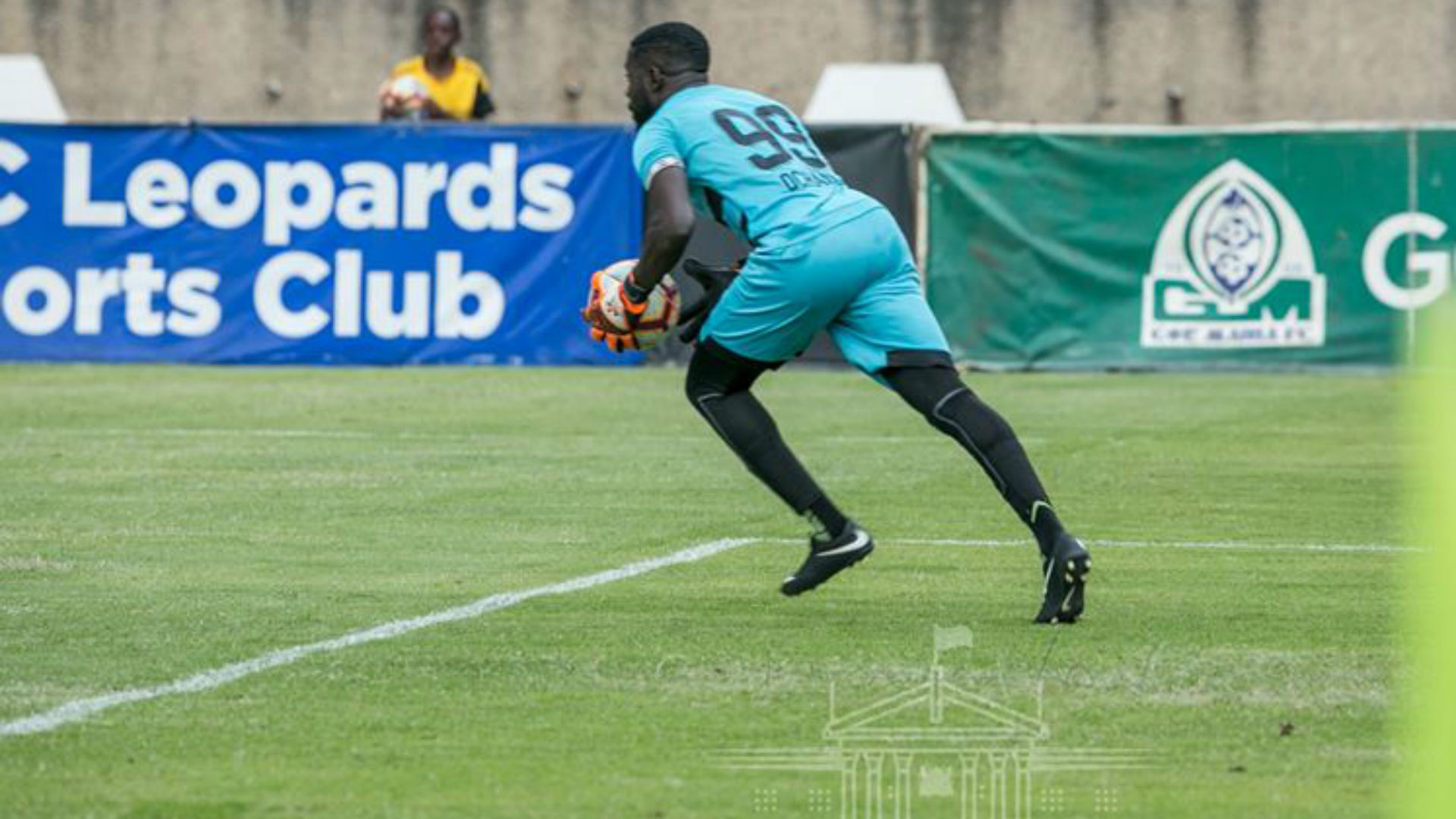 Currently quarantined at his Entebbe home because of the coronavirus pandemic, Ochan joined AFC Leopards from Zambia’s Kabwe Warriors in July 2019.

“We have had a fair run although not consistent in the current season but I believe we shall finish among the top three,” Ochan is quoted by Kawowo Sports.

The KPL is currently on hold, as most of the other sporting events world-wide because of the Covid-19 pandemic are.

At the time of the break, AFC Leopards had just lost 2-1 to traditional arch-rivals Gor Mahia in the Mashemeji Derby with Ochan in goal.

There are 11 matches to the end of the KPL season, and AFC Leopards are sixth at the moment with 40 points, 14 adrift from the leaders, Gor Mahia.

“We are not so far away from the leading pack and anything is still possible with the remaining matches,” Ochan continued.

“Given the teamwork element, the support of the technical team and our lovely fans, we shall achieve the target.”

On life in Kenya, as he adjusted from Zambia, Ochan acknowledges he quickly settled in because the weather and way of life in Kenya does not differ from that of his mother country, Uganda.

“I quickly settled in quickly in Kenya when I had just arrived from Zambia. Everything from the language, weather and general way of in Kenya does not differ from the Uganda setting. Life has been good and was well received by the Kenyan community,” Ochan concluded.

Ochan is a product of the famous Entebbe Young Football Academy before he sought greener pastures at Kampala Kids League (KKL).

He also had a stint at Danish club AGF Aarhus during the youthful days in 2007.