The Asia-Pacific (APAC) market has emerged as the beneficiary of shifting priorities in the global oil & gas mergers and acquisitions (M&A) landscape, as the sector takes stock of decarbonisation efforts. Deal value in APAC’s oil & gas sector jumped by nearly 220% over the last year.

This is according to EY’s Global Oil & Gas Transactions Review 2019, which describes the industry as one a state of flux across the globe. Climate change concerns are increasing the pressure on the oil & gas sector to reexamine their practices and invest in more environmentally friendly production processes.

As oil and gas companies grapple with this reality, the sentiment in the sector can best be described as tentative. Deal value across the globe fell by nearly 11% in 2019, reaching a value of just over $387 billion. The year-on-year decline in deal value, meanwhile, was nearly 18%.

“The oil and gas deal environment continues to reflect uncertainty, as the industry redefines its role and the value of its assets in the face of the growing transition to low-carbon and no-carbon energy. Despite this upheaval, we see an environment in which asset attrition outruns whatever reductions there might be in demand. This means the industry will need to attract capital and offer returns that support continued investment,” said EY Global Oil & Gas Leader Andy Brogan. 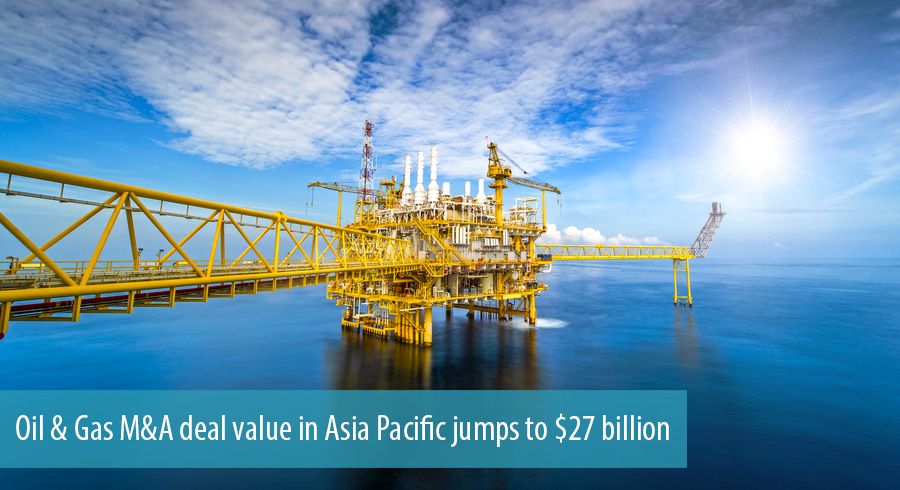 However, the outlook was not all damp. Within the sector, downstream assets came into sharp focus as extraction activities come under question. Gas also featured more prominently in investment portfolios last year, as technology for clean gas production has advanced more rapidly than in the oil sector.

APAC’s oil & gas M&A grew by 219% last year to reach a value of $27 billion, driven primarily by Aramco’s investment in Reliance Industries. While the upstream market in APAC excelled in terms of deal volume with 37 deals amounting to $3 billion, downstream contributed most of the deal value. 22 downstream deals added up to $20 billion in the region.

According to EY APAC Oil & Gas Lead Sanjeev Gupta, Asia’s thriving consumer market is partly responsible for this trend. “In 2019, we saw continued portfolio rationalisation by the oil majors, where some exited from investments in Asia and Southeast Asia, leading to deal opportunities for smaller local players. That said, with Southeast Asia being a consumption hub, the downstream sector, especially petrochemicals, retail and lubricants, continues to be a focus for oil majors and national oil companies,“ he said.

“As companies in Asia look to retain profitability across the value chain, there is increased focus on optimization of processes and expansion into extended value chain, such as trading. Regional business, financial and industry hubs, such as Singapore, are particularly attractive locations for these oil companies looking to set up streamlined trading functions,” Gupta added.

Is The Coronavirus Stimulus Plan Bailing Out Oil & Gas?

Turkmenistan ramps up Covid-19 prevention measures despite no confirmed cases