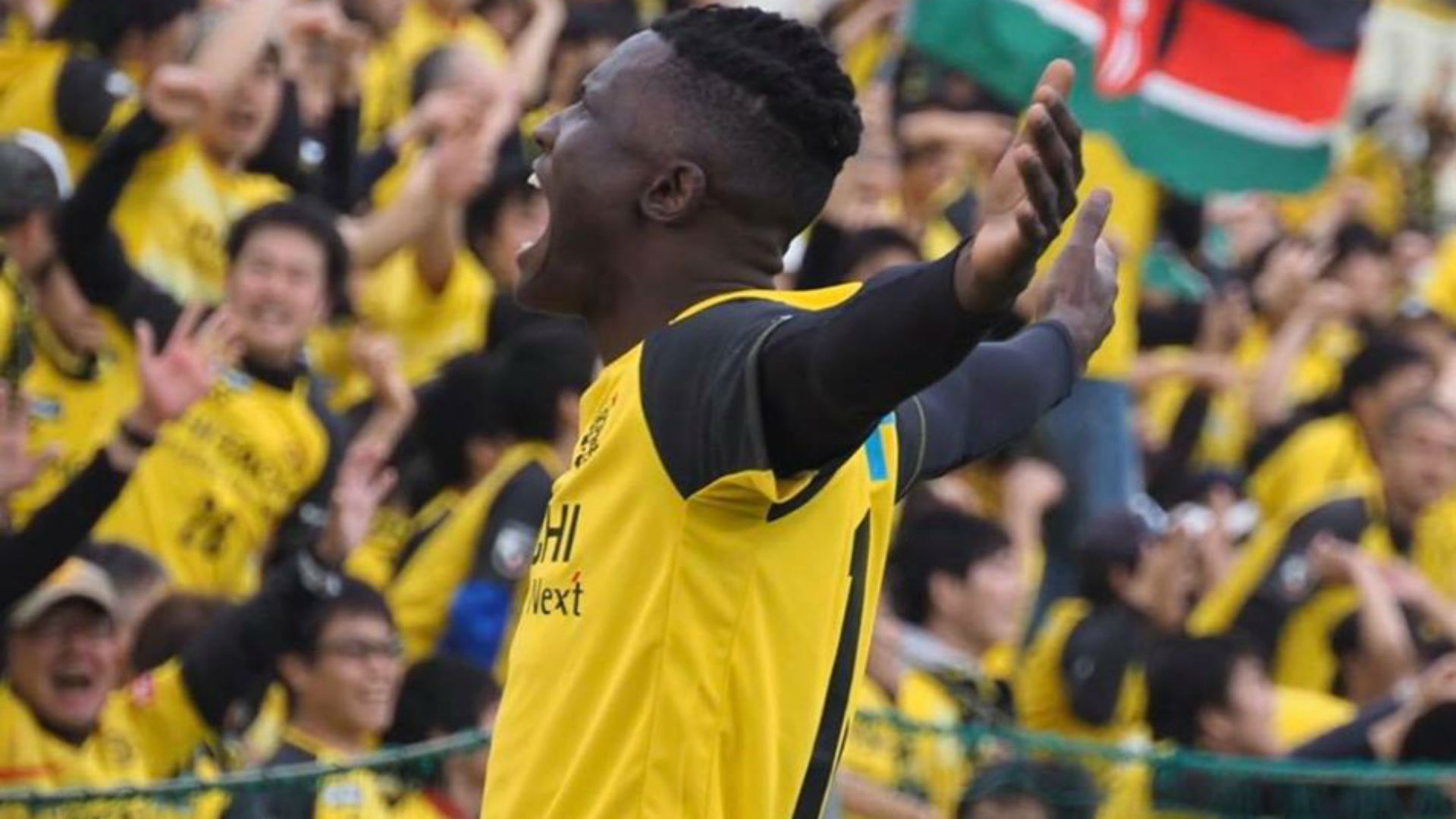 Kenya and Kashiwa Reysol forward Michael Olunga is expected to continue with his exploits since the J1 League is set to resume on July 4.

The Japan football establishment body announced on Friday that the league is expected to resume in almost two months’ time after it was suspended four months ago.

The games will restart with no fans at all as the football governing body takes measures to contain the further spread of Covid-19. The situation will be assessed going forward and whether fans will be allowed in the later phases of the soccer activities will be known then.

Officials and players will be tested before the resumption and a similar test will be undertaken after two weeks to check whether there will be re-infections.

The J1 League is expected to establish their own testing facilities in order to complement the efforts set up by the health institutions.

“I’ve been running around quite a bit in the past week. We need to be considerate and not deprive the public of their ability to be tested,” J-League Chairman Mitsuru Murai told Kyodo News.

“I’m happy to hear we are resuming. These are peculiar circumstances, but I’m happy to be able to play games,” Vissel Kobe and former Barcelona midfielder Andres Iniesta told the same publication.

J-League had started on February 21 but was later suspended as the government took strict measures to contain the spread of Covid-19.

Japan took the move to suspend soccer activities as, like other countries, took measures to contain the novel coronavirus and have again taken the move to ensure their actions resume as other leagues worldwide are doing.

The League’s executive board has scheduled a further meeting on June 9 to deliberate on whether the possible use of Video Assistant Referee (VAR) and further health safety measures.

Olunga has been a key figure for Kashiwa Reysol since his 2018 move. The former Gor Mahia, Tusker and Thika United striker made a great contribution in Kashiwa Reysol’s promotion bid last season as he scored 27 goals which enabled them to win the title and get a ticket back to the J1 League.

He was the club’s top scorer and runners up in the J2 League scorers’ chart.

Olunga opened his J1 League maiden campaign with a double for Kashiwa Reysol against Consadole Sapporo on February 22.

Output was already shut in at FPSO…