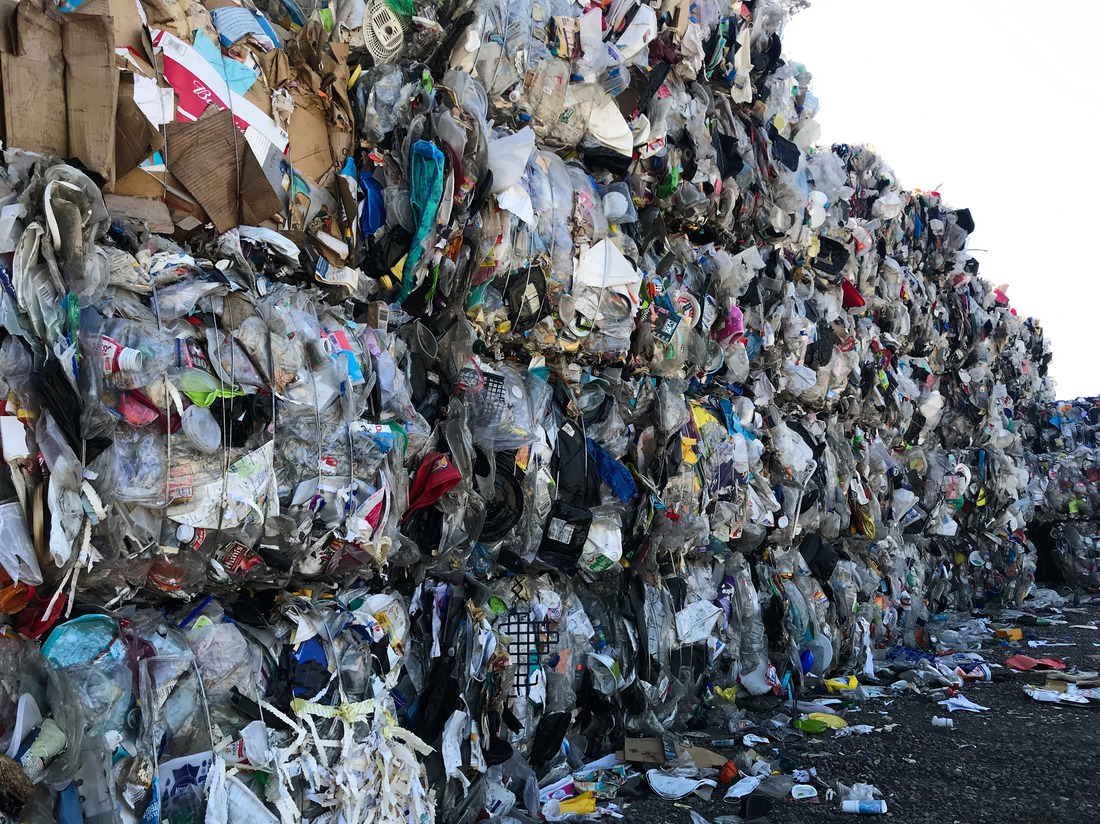 A wall of plastic trash at Garten Services in Salem, OR., headed to the landfill. The vast majority of plastic can’t be or won’t be recycled. 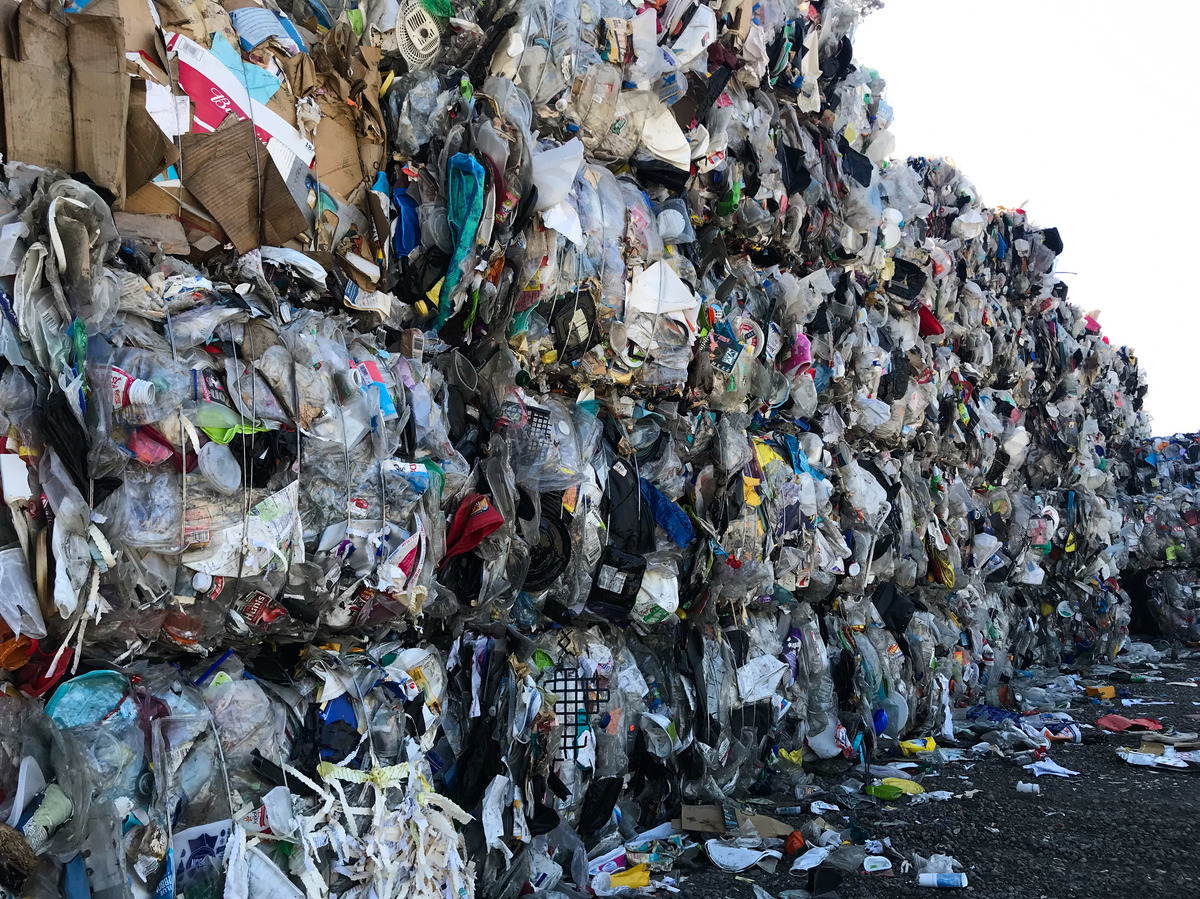 A wall of plastic trash at Garten Services in Salem, OR., headed to the landfill. The vast majority of plastic can’t be or won’t be recycled.

Editor’s note: NPR will be publishing stories from this investigative series in the weeks ahead as we focus our current coverage on the coronavirus pandemic. But here’s a look at some of our key findings. You can watch the full documentary film from this investigation right now on the PBS series Frontline.

For decades, Americans have been sorting their trash believing that most plastic could be recycled. But the truth is the vast majority of all plastic produced can’t be or won’t be recycled. In 40 years, less than 10 percent of plastic has ever been recycled.

In a joint investigation, NPR and the PBS series Frontline found oil and gas companies – the makers of plastic – have known that all along, even as they spent millions telling the American public the opposite.

Here are our key takeaways from our investigation:

This story is part of a joint investigation with the PBS series Frontline, which includes an upcoming documentary, Plastic Wars, which premieres March 31, 2020, at 10/9c on PBS stations and online.

Plastic Industry had “Serious Doubt” Recycling Would Ever Be Viable

Starting in the late 1980s, the plastic industry spent tens of millions promoting recycling through ads, recycling projects and public relations, telling people plastic could be and should be recycled.

But their own internal records dating back to the 1970s show industry officials long knew recycling plastic on a large scale was unlikely to ever be economically viable.

A report sent to top industry executives in April 1973 called recycling plastic “costly,” “difficult,” and sorting it “infeasible,” saying, “there is no recovery from obsolete products.” Another document a year later was candid: There is “serious doubt” widespread plastic recycling “can ever be made viable on an economic basis.”

The Industry Promoted Recycling To Keep Plastic Bans At Bay

Despite this, three former top officials, who have never spoken publicly before, said the industry promoted recycling as a way to beat back a growing tide of antipathy toward plastic in the 1980s and 90s. The industry was facing initiatives to ban or curb the use of plastic. Recycling, the former officials told NPR and Frontline, became a way to preempt the bans and sell more plastic.

“There was never an enthusiastic belief that recycling was ultimately going to work in a significant way,” says Lew Freeman, former vice president of government affairs for the industry’s lobbying group, the Society of the Plastics Industry, or SPI.

Another top official, Larry Thomas, who led SPI for more than a decade until 2000, says the strategy to push recycling was simple:

“The feeling was the plastics industry was under fire, we got to do what it takes to take the heat off, because we want to continue to make plastic products,” Thomas says. “If the public thinks the recycling is working, then they’re not going to be as concerned about the environment.”

It was the late 1980s, and the plastics industry was under fire as concern mounted about ever-increasing amounts of garbage. But the industry had a plan — a way to fend off plastic bans and keep its sales growing.

In interviews, current plastic industry officials acknowledged that recycling the vast majority of plastic hasn’t worked in the past. But they said the industry is funding new technology they believe will get recycling plastic up to scale. The goal, they say, is to recycle 100 percent of the plastic they make.

“Recycling has to get more efficient, more economic. We’ve got to do a better a job, collecting the waste, sorting it,” says Jim Becker, Chevron Phillips Chemical Co.’s vice president of sustainability. “Five, ten years ago, the industry response was a little more combative. Today, it truly is not just PR. We don’t like to see [waste in the environment] either. We really don’t. We want to solve this.”

But the more plastic is recycled, the less money the industry will make selling new plastic. And those profits have become increasingly important. Companies have told shareholders profits from using oil and gas for transport are expected to decline in coming years with better fuel efficiency and the increasing use of electric cars. Industry analysts expect oil and gas demands from the chemicals industry will surpass the demand from the transport side in the coming decade. Plastic production overall is now expected to triple by 2050, and once again, the industry is spending money on ads and public relations to promote plastic and recycling.

Plastic is now more prevalent than it’s ever been, and harder to recycle. Gas prices remain at historic lows, making new plastic cheaper than recycled plastic, and the industry now produces many more different — and more complex — kinds of plastics that are more costly to sort, and in many cases, can’t be recycled at all. Efforts to reduce plastic consumption are mounting nationwide, but any plan to slow the growth of plastic will face an industry with billions of dollars of future profits at stake.

“Plastic Wars,” a documentary by FRONTLINE and NPR, premieres Mar. 31 at 10/9c on PBS stations and online.

Are Solar Workers ‘Essential’? The Industry May Soon Find Out