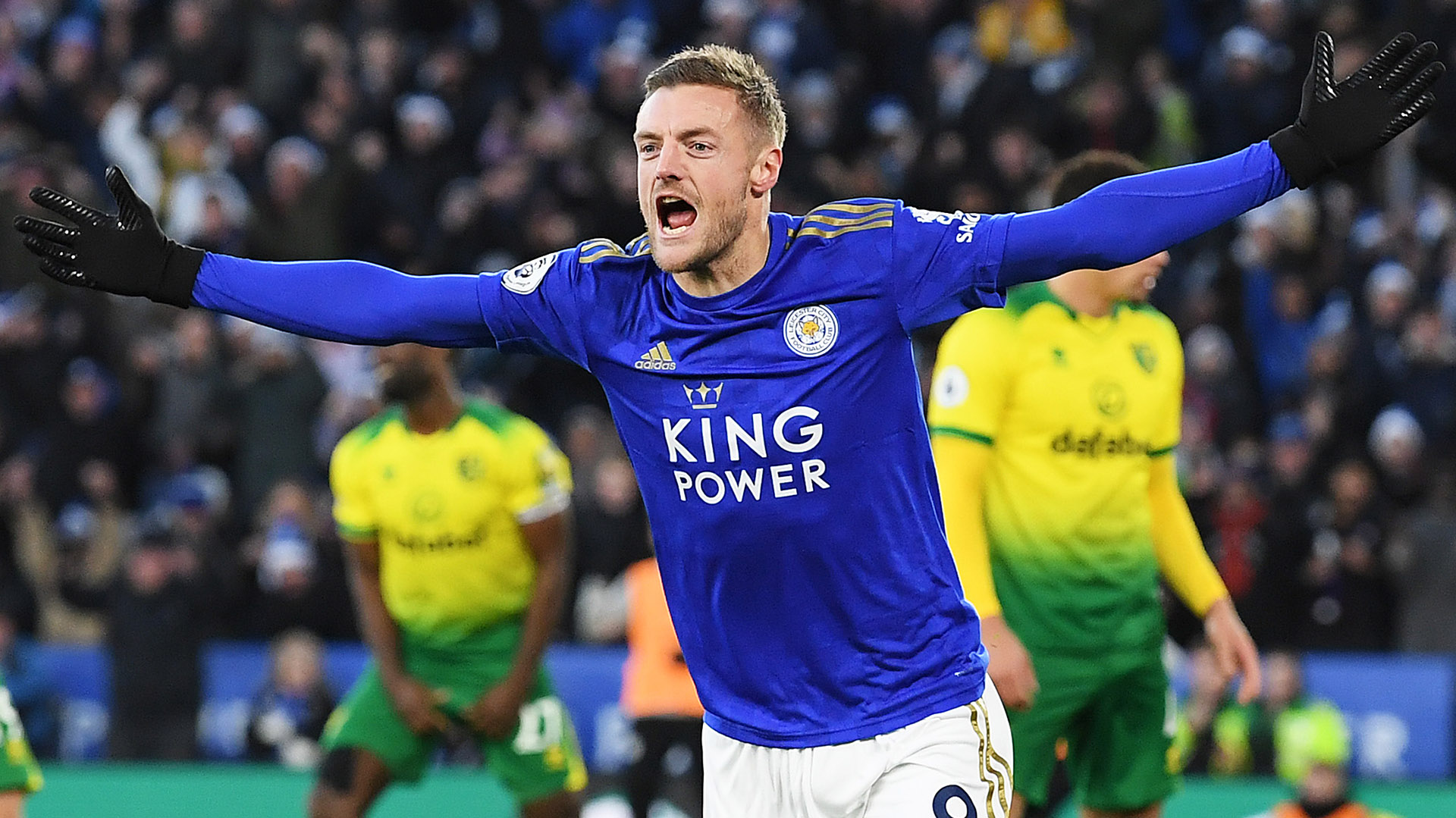 Brendan Rodgers defended Jamie Vardy’s form and said his focus was on Leicester City as a whole amid their goalscoring struggles.

Since returning to action earlier this month, Leicester have scored just one goal in three games, having bowed out in the FA Cup quarter-finals with a 1-0 loss to Chelsea on Sunday.

Vardy is without a goal in those three games, but has scored 19 times in 33 matches this season, to go with six assists.

Asked about the forward’s form, Rodgers backed Vardy and said he wanted more from his entire attack, not just the Englishman.

“There’s lots of focus on Jamie, but this is not just about Jamie, this is the responsibility of the team and it’s my responsibility to find ways in which we can find ways to increase our goalscoring,” he told a news conference.

“It’s the responsibility of everyone. I think if you look at his record in terms of his goals and what he has done up until this point, he hasn’t needed a lot of action, he’s a true finisher.

“He is not one of those players who is involved in the link-up, in the game. That’s not his strength. His strength is in the box and running from deep in behind.

“Of course we want to get him more service, but we are looking at ways to develop and get our wingers back to being involved and scoring and creating goals, and of course our midfield players.

“A lot of spotlight [is] on Jamie, but it is not just the striker, it’s the team’s contribution. So that’s something we need to improve.”

Leicester City, who are third in the table, are away to Everton in the Premier League on Wednesday with fourth-place Chelsea one point behind the Foxes, while Wolves are also lurking three points back in fifth.

Despite the battle for a top-four spot heating, star defender Caglar Soyuncu has stressed Leicester aren’t worried about possibly dropping down the ladder.

“We are not that concerned about that at all [dropping out of top four],” he told Sky Sports. “We only played two games, we drew two. Yeah, it would have been better if we’d won them both but we are where we are.

“We are going to do our best to play better and I believe we will do. We are a good enough team, we are motivated and we will be going forwards with these positive ideas.”

‘Can it be Greenwood?’ – Man Utd need to find their next Rooney, says Owen